Prof. Carney's deck of cards keeps students on their toes 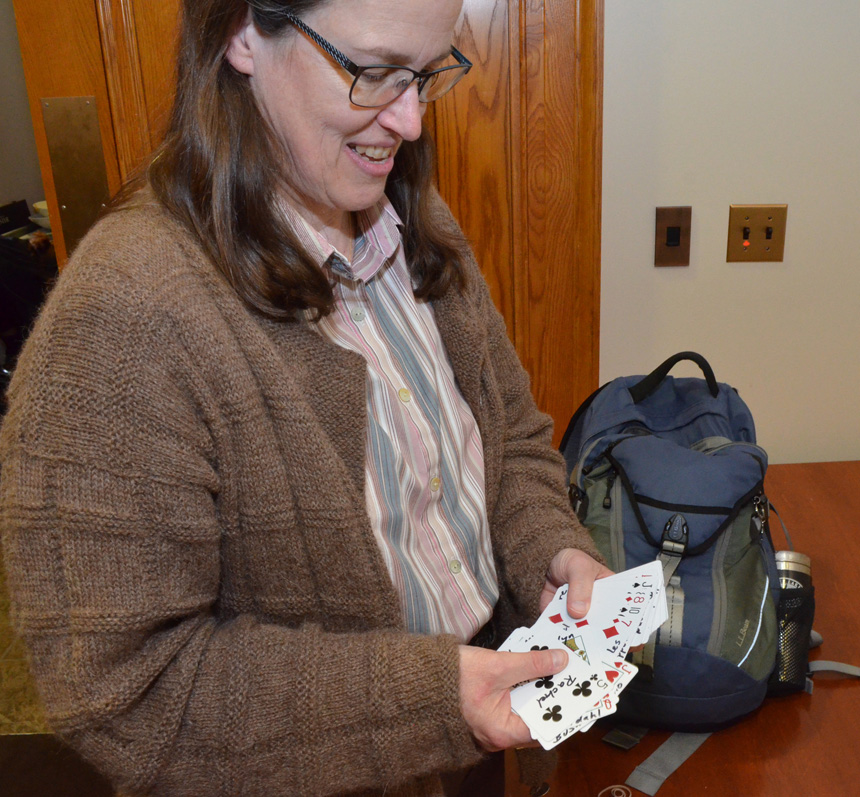 Each semester Prof. Laurel Carney gets a new deck of cards, and marks each with the name of a student in her class.

Christian Keenan arrived empty-handed at the podium in the Hawkins Carlson Room.

“I prepared (a speech) and left it in the lab,” he confided to an Undergraduate Research Exposition audience that, by its laughter, indicated it could fully relate to his dilemma. 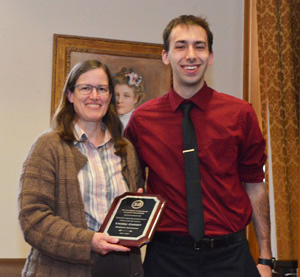 But Keenan had no difficulty remembering what he wanted to say on behalf of Laurel Carney, who is this year’s recipient of the Students' Association Engineering Professor of the Year Award.

“She is truly one of the most remarkable professors I’ve ever had.”

Keenan said he first met Carney, a professor of biomedical engineering, when he visited campus while still a senior in high school. She had just finished teaching a session of BME 210: Biosystems and Circuits.

“She treated me as if I was already a student here,” he said. “She encouraged me to do research and was part of the reason I came here.”

Now he’s a sophomore, taking BME210 himself, and “understanding why those students were pulling their hair out.”

That’s because Carney keeps her students on their toes. When she asks a question in class, she doesn’t call on a student or wait for a show of hands from the usual handful of students who always volunteer. She draws from a deck of cards, each of which is marked with a student’s name.

“This way everybody has an equal chance of being called on,” Carney explains. “And they know it; it’s very transparent. It totally removes the stress of calling on students, because you realize it’s very hard to do it fairly.”

Keenan, whose name is on the ace of diamonds in Carney’s deck, noted that “every single student, when they hear ‘I’m going to pull a card’ does a little shriek. ‘I don’t know’ is not a good answer and I found that out the hard way.”

But he also appreciates why Carney does this: “She truly does want students to learn.” The cards “help us learn from our mistakes.”

His classmates appreciate that as well, he adds. “Every one of the students in BME 210 look up to her. She truly is an inspiring professor who understands that engineering isn’t just about learning stuff; it’s about doing it, especially in the lab.”