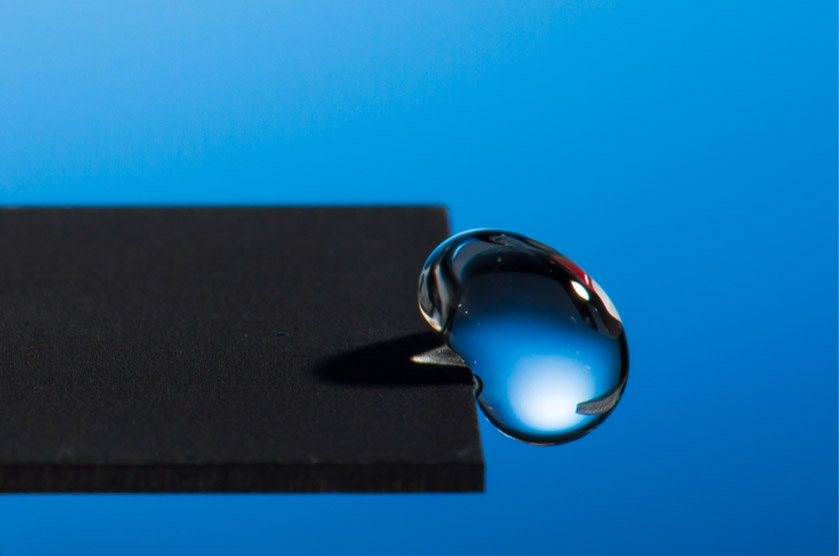 Prof. Chunlei Guo has developed a technique that uses lasers to render materials hydrophobic, illustrated in this image of a water droplet bouncing off a treated sample. Photo by J. Adam Fenster / University of Rochester

Sept. 14, 2015 -- Mitchell Anthamatten, Associate Professor of Chemical Engineering, along with co-PIs Alexander Shestopalov, Assistant Professor of Chemical Engineering, and John  Lambropoulos, Chair and Professor of Mechanical Engineering, are collaborating on a $1.5 million grant from NSF to develop a scalable nanomanufacturing platform for additive printing of patterned thin films, using shape-memory polymers. This will initially be demonstrated to produce organic light emitting diode (OLED) arrays. This platform will save energy and costs compared to other nanofabrication processes and might have important applications for the AIM Photonics initiative.

Robert Boyd, Professor of Optics, has received a $1.2 million grant from the Office of Naval Research to develop a free-space optical link for secure communication over marine environments, encoding simultaneously in the transverse spatial degree of freedom of the light field and in polarization. This will maximize the amount of information that can be carried by each photon.

Cristina Canavesi '13 (PhD Optics) along with co-PI Jannick Rolland, the Brian J. Thompson Professor of Optical Engineering, has received at $750,000 Small Business Innovation Research (SBIR) Phase II grant from NSF to explore the applicability of a Gabor-domain optical coherence microscopy instrument to image and evaluate optical materials as part of the manufacturing process. Their initial focus will be on contact lens manufacturing. Canavesi, who is also center coordinator for the Center for Freeform Optics, and Rolland, director of the center, are co-founders of LighTopTech.

Michael Huang, Associate Professor of Electrical and Computer Engineering, along with co-PI Hui Wu, also Associate Professor of ECE, has received a $615,000 NSF Computing and Communication Foundations grant to explore whether the problem of power dissipation in computing and communications systems can be solved using a Cascode power delivery system, which stacks multiple planes of circuit to naturally increase effective usage and delivery voltage.

Thomas Brown, Professor of Optics, along with co-PIs Miguel Alonso, Associate Professor of Optics, and Jonathan Ellis, Assistant Professor of Mechanical Engineering, will explore "new paradigms in light-based measurements using unconventional polarization states" with a $485,000 NSF grant. Their research will use the concept of an "unconventional polarization state" -- a special form of light in which the polarization varies across the width of a laser beam -- to explore fundamentally new ways of carrying out light-based measurements.

Hussein Aluie, Assistant Professor of Mechanical Engineering, along with co-PI Riccardo Betti, the Robert L. McCrory Professor at the Laboratory for Laser Energetics and Professor of Mechanical Engineering, received a $393,000 grant from the Department of Energy  to study the effects mass ablation (or evaporation) has on the Rayleigh-Taylor instability. This is primarily of relevance to Inertial Confinement Fusion (ICF), where hydrodynamic instabilities are a primary obstacle in achieving ignition and realizing nuclear fusion as a virtually inexhaustible energy source. Other relevant applications include supernova explosions, molecular cloud evolution and star formation, and the evolution of flames in combustion applications.

Chunlei Guo, Professor of Optics, has received grants of $330,000 from the U.S. Army Research Office and $100,000 from the New York State Energy Research and Development Agency to continue his work developing hydrophilic and hydrophobic materials that attract or repel water.  Materials that repel water could protect vehicles and equipment from corrosion; materials that attract water could be used for liquid cooling and medical research.

Ehsan Hoque, Assistant Professor of Computer Science, along with co-PI Lenhart Schubert, Professor of Computer Science, has received an EArly Grant for Exploratory Research award of $150,000 from NSF to develop an exploratory version of a computer-based animated agent that simulates a conversational partner, allowing users with social interaction difficulties, such as ones with Asperger syndrome, to practice conversational skills, building on Ehsan's previous work in this area. 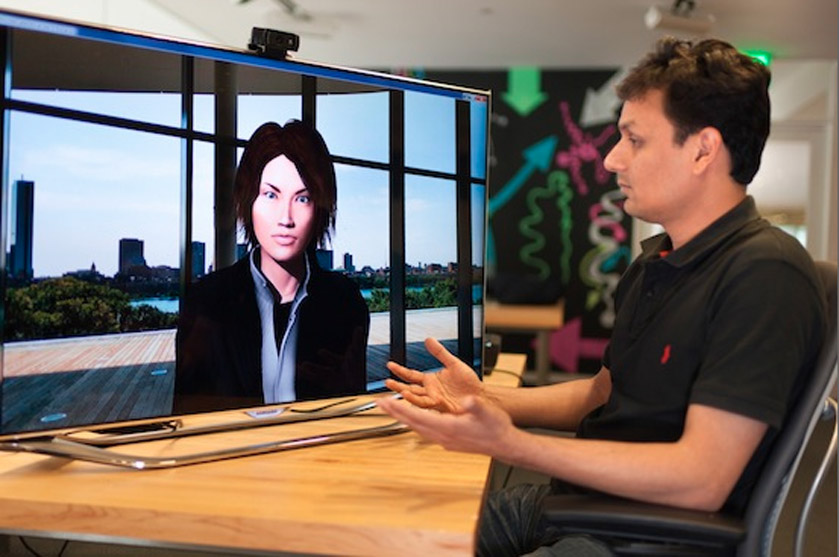