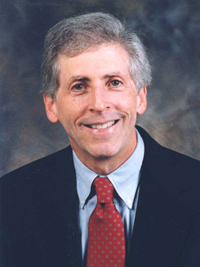 John H. Seinfeld, the Louis E. Nohl professor and professor of chemical engineering at the California Institute of Technology, is considered by many to be the world's leading authority on atmospheric aerosols—the atmospheric particles that result from both natural and man-made causes. Early in his career, Seinfeld became the dominant figure in mathematical modeling of atmospheric phenomena at the urban and regional scales, notes his 2012 citation for the John and Alice Tyler Prize, an international award that recognizes individuals who have contributed in an outstanding manner to the scientific knowledge and public leadership to preserve and enhance the environment. And his work on the mathematical model for Los Angeles smog was the precursor to atmospheric models mandated in the US Clean Air Act and now widely used by the U.S. Environmental Protection Agency,

In the early 1970s, Seinfeld formed a major research group at Caltech to study atmospheric chemistry, aerosols, and atmospheric modeling.

In the early 1980s, Seinfeld, together with his colleague Professor Richard Flagan, established the Caltech "smog chamber" for controlled studies of the photochemical reactions of gaseous and particulate pollutants. The large 1,000-cubic-foot reaction chamber was the first of its kind when it was built. Such chambers are now found worldwide, and they are the standard method to analyze the chemical reactions that produce urban smog and atmospheric particles under precisely controllable conditions.

In the 1990s, Seinfeld initiated groundbreaking research on the origin and properties of aerosols that are organic in nature. This led to the discovery that organic material accounted for as much as half of the mass of particles in US rural and urban areas. These particles are so small they need to be measured in millionths of a meter—the "ultrafine" size that poses serious health risks for people.

In recent years, Professor Seinfeld has expanded his study of aerosols to include their impact on climate. He also has studied the chemical transformation of aerosol particles in clouds and the formation of new aerosol particles by the process of nucleation, and he has incorporated these findings into global climate models. His research group works in three overlapping areas: (1) laboratory studies of the formation and evolution of atmospheric organic aerosols, (2) airborne field measurement of atmospheric aerosols and clouds, and (3) urban, regional and global modeling of air quality.

He received the Distinguished Alumnus Award from the University of Rochester in 1989.