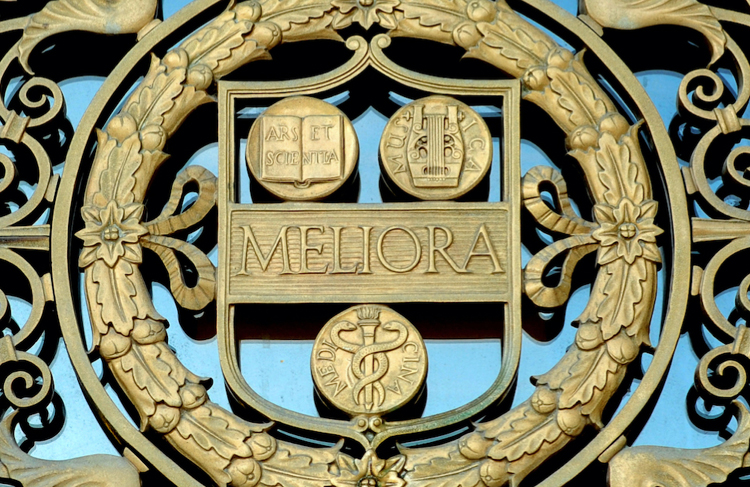 The Hajim School is proud to recognize these recent achievements of its faculty members, students, and alumni. They exemplify the University of Rochester motto: Meliora—ever better!

Hussein Aluie, associate professor of mechanical engineering, was recognized with the 2021 Editors’ Citation for Excellence in Refereeing for the Journal of Advances in Modeling Earth Systems (JAMES). He was also selected as one of two young observers by the U.S. National Committee on Theoretical and Applied Mechanics (USNC/TAM) for 2022.

Julie Bentley, professor of optics, received the  SPIE Directors’ Award from the international society of optics and photonics. She was also the 2022 recipient of the Esther Hoffman Beller Medal from Optica (formerly OSA).

Andrew Berger, professor of optics, was chosen a Fellow of Optica (formerly OSA).

Mark Bocko, ’84 PhD, our Distinguished Professor of Electrical and Computer Engineering and director of the Center for Emerging and Innovative Sciences, was named a 2021 Engineer of Distinction by the Rochester Engineering Society.

Robert Clark, professor of mechanical engineering and our previous dean and former University provost and senior vice president for research, was named a Member of the National Academy of Engineering.

Marvin Doyley, professor and chair of electrical and computer engineering, was named the Wilson Professor of Electronic Imaging.

Joseph Eberly, the Andrew Carnegie Professor of Physics and a professor of optics, was selected as the 2021 Honorary Member of Optica.

Thomas Howard, ’04, was promoted to associate professor of electrical and computer engineering and was named a Kate Gleason Young Engineer of the Year finalist by the Rochester Engineering Society.

Jiebo Luo, professor of computer science, was invited to become a member of Academia Europaea, a pan-European academy of humanities, law, and science. He also received the 2021 Award for Outstanding Technical Contributions to Multimedia Computing, Communications and Applications from the Association for Computing Machinery (ACM) Special Interest Group on Multimedia (SIGMM), and was named the Albert Arendt Hopeman Professor in Computer Science.

Ross Maddox was promoted to associate professor of biomedical engineering and neuroscience.

Susana Marcos, the David R. Williams Director of the Center for Visual Science, the Nicholas George Professor of Optics, and a professor of ophthalmology, was elected to the 2022 class of Gold Fellows by the Association for Research in Vision and Ophthalmology (ARVO).

James McGrath, professor of biomedical engineering, was named a Dean’s Professor in recognition of his research excellence.

Duncan Moore '74 (PhD), the Rudolf and Hilda Kingslake Professor of Optical Engineeering, was named a Fellow of the National Academy of Inventors.

Michael Scott, the Arthur Gould Yates Professor of Engineering and also professor and chair of computer science, was named a fellow of the American Association for the Advancement of Science (AAAS).

John ("Jack") Thomas, professor emeritus of astronomy and mechanical and aerospace sciences, was named a Fellow of the American Astronomical Society.

Andrew White, associate professor of chemical engineering, was named the 2021 Kate Gleason Young Engineer of the Year by the Rochester Engineering Society.

David Williams, the William G. Allyn Professor of Medical Optics, was elected to the National Academy of Inventors.

Chenliang Xu was promoted to associate professor of computer science.

The Edward Peck Curtis Award for Excellence in Teaching by a Graduate Student was presented to:

Optics PhD candidate Nikolas Romer designed a telephoto lens that improves geological sample collection on Mars by identifying sample locations from as far as 260 meters away. 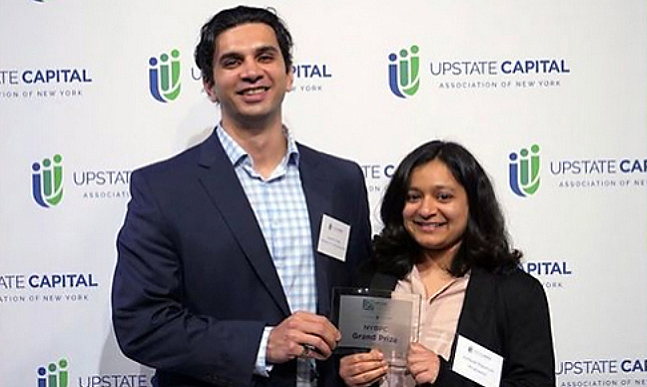 Evelyn Ferwalt ’23 of electrical and computer engineering received the runner-up prize among this year’s Research Initiative Awards presented by the Friends of University of Rochester Libraries.

Stephen Fantone ’79 PhD, president and CEO of Optikos Corporation, was named a Member of the National Academy of Engineering.

Susan Houde-Walter ’83 ’87 PhD was appointed the new director of the Chester F. Carlson Center for Imaging Science at Rochester Institute of Technology.

Maged Michael, a software engineer at Facebook who received his PhD from the Department of Computer Science in 1997, was selected a co-recipient of the 2022 SIGACT/SIGOPS Edsger W. Dijkstra Prize in Distributed Computing.

Optics alumna Donna Strickland ’89 (PhD), professor of physics at the University of Waterloo in Ontario, Canada, was selected as one of two inaugural fellows of the Canadian Association of Physics and was also part of five-member team of researchers honored with this year’s Golden Goose Award by the American Association for the Advancement of Science.

Mechanical engineering alumnus Timothy Takahashi ’88 ’90 MS ’93 PhD, an aerospace engineering professor of practice at Arizona State University, was one of nine people recognized by the American Institute of Aeronautics and Astronautics with the 2022 Sustained Service Award.