Can we predict how a spacecraft will behave on impact? 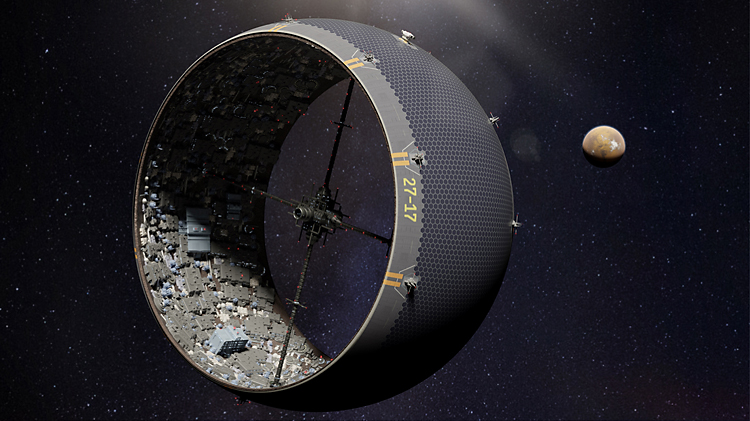 In addition to his research on spacecraft interactions with granular surfaces, Peter Miklavčič is lead author of a paper describing how covering an asteroid in a flexible, mesh bag made of ultralight and high-strength carbon nanofibers could be the key to creating human cities in space. (University of Rochester illustration / Michael Osadciw)

Peter Miklavčič’s “day job” is using discrete and finite element simulations to help predict how spacecraft interact with the granular surfaces they encounter on moons and planets. 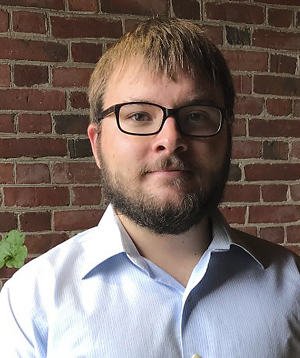 Miklavčič ‘22, a PhD candidate in Hesam Askari’s Mechanics and Analytics Lab at the University of Rochester, also “moonlights” as a supervisor in the Fabrication Shop at Rettner Hall. By late afternoon, he is rolling up his sleeves and putting on safety goggles to help mechanical engineering seniors use lathes and mills to machine the parts they need for their class and capstone projects.

Being a shop supervisor “involves the hands-on side of engineering that I love, with a little bit of teaching, and balances really nicely with the research I do,” Miklavčič says.

Askari says Miklavčič is in a “unique position in our graduate student body.” He has a keen analytical mind. He enjoys interacting with people. He has a solid grounding in mechanics, complemented by strengths in coding and simulation.

Above all, Askari is impressed with Miklavčič’s willingness to think outside the box, to come up with new ideas, and vigorously debate them—even if they turn out to be wrong.

“That's our job, developing theories,” Askari says. “You need someone who is a good thinker and who is not afraid to take risks.”

So it is not surprising that Miklavčič would embrace the opportunity to work with astrophysicist Adam Frank, a self-described evangelist of science, on a “wildly theoretical” paper describing how cities might be built one day on asteroids.

“My impression of Adam Frank is that he’s interested in making science fiction a reality as a way of helping everybody embrace the interesting things that physics can teach us,” Miklavčič says. “That’s not common among engineers and physics professors. It’s his interest in making science accessible and interesting for everybody that I think is really neat.”

An early interest in cars and creating things hands on

Miklavčič grew up in Haslett, Michigan, just a few miles east of Lansing, home of Michigan State University (MSU), where his father is a professor of mathematics.

When Miklavčič was 3 years old, the family traveled to New England. Miklavčič spiked a fever of 105 degrees on Christmas Eve and suffered severe pain in his bones. His parents quickly returned him to Michigan where doctors accurately diagnosed the problem as Acute Lymphoblastic Leukemia. Three and a half years of chemotherapy and spinal injections eradicated the cancer.

His mother subsequently founded and serves as CEO of The Davies Project, a Lansing nonprofit that provides reliable transportation to essential health care for seriously ill children and pregnant women.

Despite his illness, Miklavčič was fascinated from an early age with cars. He collected the most realistic remote-controlled cars he could find, then adjusted them to change their performance. He also loved tinkering in the garage, where his father did woodworking. For example, Miklavčič experimented with different steels and techniques to craft basic knives.

“I’ve always enjoyed the hands-on side of creating things,” he says.

Miklavčič also thrived academically.  He was enrolled in the CHAMPS accelerated math program at MSU, which brings gifted middle school and high school students to the campus to study with professors. Miklavčič was able to complete his advanced placement math early enough in high school to return to MSU his junior and senior years as a dual enrolled student. He completed rigorous, college level courses in multidimensional calculus, differential equations, and mechanics.

Initially, as a result of his own experience with a severe illness and his regular interaction with doctors, Miklavčič decided to pursue a degree in biomedical engineering.

He enrolled at the University of Rochester because of its strong BME program and pre-med opportunities for undergraduates. “I didn’t want to abandon the engineering side of things,” Miklavčič says. “I thought the program’s cell and tissue engineering track was maybe the direction I wanted to go.”

Two years into the program, he realized that he wasn’t drawn to the biological applications and switched to mechanical engineering.

“I think it’s easily one of the best decisions I’ve ever made,” Miklavčič says. “I better connect with the applications of mechanical engineering, and the breadth of things you can study. I really like the department, and all the professors and staff. Looking back, I could do the work in biomedical engineering, but it didn't really drive me the same way that mechanical engineering coursework does.”

Three mentors helped Miklavčič after he made the switch. His new faculty advisor, Chris Muir, a professor of mechanical engineering, is a two-time recipient of University outstanding teaching awards who joined the University after 18 years as a principal engineer at Eastman Kodak Co.

“All throughout, he’s really been an inspiration, because he did his years of industry at Kodak before he started working as a professor,” Miklavčič says. “He teaches from experience. He is someone I really look up to as a professional engineer.”

Jim Alkins, the Fabrication Shop manager who Miklavčič started working with his senior year, also joined the University after many years of experience at Kodak—at Muir’s urging. “I took my first college class in machining from Jim,” Miklavčič says. “He’s just a really great teacher, incredibly accessible. You never have to worry he’s going to rip your head off if you do something stupid like break a part.

“He’s there to make everybody better at what they do.”

Miklavčič joined Hesam Askari’s lab the summer after his junior year. “Through him I really developed my interest in research,” Miklavčič says.  Askari “is completely the reason I stayed on for graduate school.”

A range of research experiences

During his senior year and first two years of graduate school, Miklavčič’s initial research involved analyzing the dynamics of how three-inch-long robots with vibrational motors traverse various kinds of complex surfaces, such as granular material, wet sand, and water. This included working with the research group of Alice Quillen, a professor of physics.

Starting two years ago, however, the focus of Miklavčič’s research, and a major part of this thesis work, shifted to simulating what happens when a spacecraft or any object approaches the granular surface of an extra-terrestrial body. “Impact outcomes are assessed both in terms of the projectile response—whether it stops, rolls, or bounces—and in terms of the granular response—how grains move, pack and re-pack, and propagate forces,” Miklavčič explained at a University graduate student research symposium this fall.

The goal is to help spacecraft designers “prototype ideas, complete tests here on Earth, and then extrapolate findings to a target environment in space.”

Miklavčič participated in a National Aeronautical and Space Administration (NASA) Planetary Science Summer School this year. He worked with 17 other graduate students and early career engineers under the tutelage of Jet Propulsion Laboratory mentors to plan a hypothetical mission to explore Io, Jupiter’s volcanic moon. The program was a rigorous immersion in learning how to design a NASA mission, from broadest goals down to the finest details— identifying scientific objectives, minimizing risks, and achieving the desired results, all within budget.

“It was a really, really neat program,” Miklavčič says. “I highly recommend it to anyone interested in space-related projects.”

One of his “most influential” of experiences, however, involved a totally unrelated area of research. During two summer internships at Oak Ridge National Laboratory, Miklavčič built a MATLAB model to simulate the steady-state behavior of an electro-thermal energy storage system. “The work was rooted in thermodynamics, which was outside my usual area of dynamics, but it gave me a valuable opportunity to learn about another field of engineering research and broaden my capabilities,” Miklavčič says.

More importantly, Oak Ridge “opened my eyes to a new career path in the national labs,” Miklavčič wrote at the time.

Eying a career that has impact

Miklavčič says he is grateful for the “incredible support” he and his three younger siblings have received from his parents. They encouraged their children to pursue whatever interested them. And since both of his parents were PhD graduates, “the pursuit of a PhD never felt out of reach for me,” Miklavčič adds.

His partner, Anyãh Wright ‘23, an engineering science major, has also been “a tremendous source of support” throughout college and graduate school, he says.

Miklavčič plans to complete his PhD this spring. He’s still weighing his options after that, though he’s pretty sure what the pathway will be.

“The common thread that I’ve learned through Oak Ridge and through that NASA program is that I’m interested in the government funded side of research,” Miklavčič says. “A lot of interesting work is being done at the national labs, and at NASA, on trying to solve problems with potentially very big impacts.”

Government-funded research facilities, Miklavčič says, offer many of the same opportunities to engage in research and publish papers that’s he’s enjoyed in academia. But unlike in academia, the emphasis in national labs is on “much more applied” research. In other words, more quickly seeing research result in applications that affect people’s lives.

“What really matters the most to me is having a career that has impact, that helps people,” Miklavčič says. “And if it can involve vehicles, all the better.”