When his mother died at age 55, Rohan Palma took stock of his own life.

“We always say that life is not promised, but everybody lives like they have forever,” says Palma, a study abroad academic counselor with the University of Rochester’s Center for Study Abroad.

“There were things I wanted to do,” Palma says. And he wanted to honor his mother, who would have enjoyed traveling if she had been able to retire.

So, at age 31, Palma quit his job, sold all his belongings, and--combining his own savings with what his mother left him--backpacked around the world for the next two and half years.

He visited nearly 80 countries. He learned about Buddhism and meditated in Nepal. He bungee jumped for the first time, learned to scuba dive, and checked a lot of other boxes on his bucket list.

“I learned that there are more good people in the world than people of ill will,” Palma adds. “I came to realize that as human beings, no matter where we are in the world, we’re all really striving toward the same things—to have a good life, take care of our families, and be the best persons we can be. Even when that means simply trying to survive.”

His travels helped him connect with students from different countries and backgrounds while working in the Higher Education Opportunity Program (HEOP) at the Rochester Institute of Technology (RIT), and later as an advisor and study abroad coordinator in the Hajim School of Engineering and Applied Sciences at the University of Rochester.

His own struggles as a minority student in engineering, on the other hand, illustrate the challenges we face in the quest to recruit more students of color—especially those who are first-generation college students-- into science, technology, engineering and math (STEM) fields.

An early fascination with computers

Palma was born in Kingston, Jamaica. He and his three brothers were raised by their mother, a kindergarten teacher. “My mom wanted to study engineering, but in those days, they didn’t think women could do that,” Palma says.

When Palma was 11, his family moved to the Bronx in New York City. Initially, his mother worked as a domestic, taking care of other families’ children. Later, she was a bookkeeper for the New York State prison system.

While growing up, Palma became interested computers, which were first becoming widely available to consumers in the ‘70s and ‘80s. “I loved the idea of technology – and particularly computers, more so than cars. I was always a geek in that way,” he says.

Palma bought a Commodore Vic-20 to use at home. He was also exposed to computers in high school. “I thought it was something that could be a career for me,” he says.

When it came time for him to be the first in his family to go to college, he chose RIT and enrolled in its computer engineering technology program.

But he struggled. His high school education in the Bronx had not adequately prepared him with the math, computing, and other technical skills that were required for the degree, Palma says.  When the struggles became insurmountable, Palma did not make the mistake that he has seen other minority students fall into while trying to pursue a STEM degree. He did not keep trying to pursue the degree until he risked leaving college empty-handed.

“I let it (computer engineering degree) go. I realized it just wasn’t for me,” he says. “I was good at accounting in high school. So, I took business, and everything clicked for me. I even made the dean’s list a couple of times. It was definitely more in my zone.”

The important thing was, he didn’t walk away empty-handed. He earned a BS in finance in 1990.

Connecting with students at RIT, then UR

Palma began working for RIT’s HEOP program when he returned to the institute in 1992 to earn his MBA. He continued working for the program at RIT a total of 18 years --excluding the two years he spent backpacking around the globe. He was an assistant director, then associate director with the North Star Center, which was then renamed the Multicultural Center for Academic Success. This included coordinating programs aimed at enhancing the RIT educational experience of African, Latin and Native American students from low-income and academically disadvantaged backgrounds and also of students from other countries.

He found that his own experiences as a world traveler helped him connect with these students. “I could talk to them about their home countries,” he says. “It helped accelerate the trust process.”

He worked closely with RIT’s technical schools, “holding them accountable to do more than what they were doing” to support students from diverse backgrounds, he says.

His efforts earned him an RIT Staff Excellence Award.

After briefly serving as director of the HEOP program at Skidmore College in Sarasota Springs, Palma was ready to return to Rochester.

“It was a way to combine my love of traveling with my technical background from working at RIT,” he says. “There was a commitment to success, and targeted goals. And I welcomed the challenge and autonomy of trying to create something from scratch.”

Even after moving to the University’s Center for Study Abroad Office, he has continued to work closely with the school on helping its students engage in global experiences.

“Rohan was key to opening up study abroad opportunities for our students by making it easier for them to find programs that could work within their academic programs,” says Wendi Heinzelman, dean of the Hajim School. “His efforts resulted in large increases in our numbers of students who obtain valuable global experiences.”

Palma understands the urgency in the black community and academic circles to increase the recruitment of students of color in STEM fields.

But he worries about the pressure this places on students, especially those entering college as first-generation students.

Especially for students who, like Palma, did not have access in high school to the advanced math and technical skills needed to successfully complete a STEM degree.

Instead, he prefers a more long-term strategy—increasing the number of people of color holding degrees in as many fields as possible, “rather than picking out one field in particular, and forcing kids into pathways that are not necessarily a fit for them.”

Accept the fact that not every student of color in this generation seeking a STEM degree will succeed in doing so. “For those who have the propensity or desire to be in a STEM field, we need to provide the infrastructure to support them as best as we can, but also let them know it’s okay if it doesn’t work out for them. We shouldn’t give up lightly, but there’s a difference between supporting a student, and setting a student up for failure,” Palma says.
However, make sure students of color, and especially those who are first-generation students, graduate with some kind of degree. “At some point you may have to have a tough conversation, telling the student “you’ve tried your best, but it’s time to get you a different degree. You’ll still be able to pursue a productive career, and in doing so, create a bright future for yourself.”
Those students, in turn, will be better equipped to help ensure that their children can successfully earn STEM or other degrees, because they’ll “have the cultural capital and expectations that many white families have had over many generations” regarding a college education, Palma says.

“I can see it in my own situation,” he says. “My mom didn’t know anything about college. She took me to Penn Station, put me on a train to send me up to Rochester, and she didn’t even know what Rochester looked like. Even I had not seen the campus before I came.”

“We can shepherd them, and provide a network they can plug into to get advice and help them navigate all the decisions involved in applying for college and deciding what to major in,” he says.

For Palma, the key was earning a degree—“having that piece of paper”—even if it wasn’t the technical degree he originally intended. 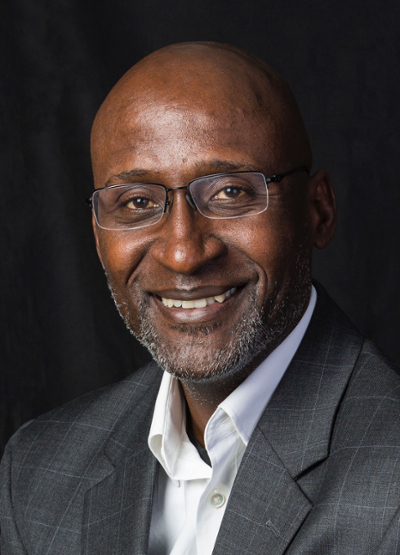