"There are lots of stereotypes, and stereotypes take a while to go away," says Tanzeem Choudhury ’97. "Just take the notion that women aren't good at math and computer science, which is just not true."

Choudhury has certainly proven that.

Despite not touching a computer until she was 18—despite experiencing both subtle and overt gender discrimination since childhood—Choudhury has become a leading researcher and innovator in developing novel wearable and mobile systems for capturing and influencing everyday human behaviors.

The professor of information science at Cornell University is co-founder and chief science officer of HealthRhythms, Inc. In 2008, she was named one of the top 35 innovators in science and technology under the age of 35 by MIT's Technology Review and a 2009 TED fellow. More recently she was named an ACM Distinguished Member for Outstanding Scientific Contributions to Computing.

Her scientific achievements—and her willingness to speak candidly about the gender inequalities confronting women in STEM fields—make her an outstanding role model for women who want to follow in her footsteps.

Thriving as a student and researcher

Choudhury, who grew up in Bangladesh, was an exemplary undergraduate in electrical engineering at the University of Rochester. She graduated with a 4.0 GPA and was a member of Phi Beta Kappa and Tau Beta Pi. She received the Electrical Engineering Faculty Prize, the Honor Prize for excellence in sophomore physics, and the Robert L. Wells Prize for highest ranking engineering student demonstrating excellence in both engineering and the social sciences or humanities.

Her thesis was on Face and Facial Feature Extraction and Tracking in Video Sequences.

As a graduate student at the MIT Media Lab, Choudhury created the sociometer and conducted the first experiment that used mobile sensors and machine learning techniques to model social networks. This led to a new field of research referred to as Reality Mining.

True to form, she maintained a perfect 5.0 GPA throughout her graduate studies.

After graduating from MIT, she worked as a scientist at Intel Research, where she created a pager-size sensor pack—loaded with software plus microphones, accelerometers, and other data-gathering devices—to collect and analyze data about human interactions and activity. For instance, by processing verbal utterances, she could identify the most influential people in a social network.

While serving as an assistant professor of computer science at Dartmouth College from 2008 to 2011, Choudhury received an NSF CAREER award, "Enabling Community-Scale Modeling of Human Behavior and its Application to Healthcare" and conducted experiments with sensor laden iPhones.

Since 2011, Choudhury has directed the People-Aware Computing group at Cornell University, continuing to design technology that can "track our behavior almost invisibly, without user effort, and provide feedback that either gives us more awareness or actually prompts instinctive changes," Caitlyn Hayes writes in an article at the Cornell Research website. "She wants to create mindless computing technology that taps into our psychology and biology to improve wellbeing."

Choudhury’s early work in mobile sensing and behavior tracking has influenced the field of activity sensing as demonstrated by the Ubicomp 10-year Impact Award for her 2006 paper on, "A Practical Approach to Recognizing Physical Activities." The series of related papers on the Mobile Sensing Platform not only has had academic impact but real-world influence, where the demonstration of the value of barometer in combination with accelerometer for activity sensing led to the incorporation of barometer in mobile phones and the inclusion of barometric altimeter in Apple watches.

A major focus of Choudhury’s lab and her startup is to design technology for those suffering from mental health issues, which became a concern for Choudhury after a fellow graduate student and friend took his own life. "It was an issue nobody really talked about," she says.

For those with mental health disorders or diseases, keeping a set routine—getting enough sleep, eating meals around the same time each day, and socializing enough—can reduce the severity of symptoms. Choudhury’s group has developed multiple smartphone applications that help patients and clinicians track these behaviors and make positive lifestyle changes. Choudhury is a big proponent of communicating science to a broader audience and her TEDx talk on the role of technology for mental health has been viewed over 21K times.

A plea for gender equality

"When I was twelve, my music teacher in Bangladesh groped my breasts while my parents were not home," Choudhury wrote in a 2019 post at Noteworthy, the Journal Blog. Egregious as this behavior was, she wrote, that incident has had less impact on her life, career, and relationships than "the low-dose but continuous injections of doubts about my abilities, and the chipping away at my confidence that I have encountered as a girl and a woman over the years. They started early and haven’t stopped."

"I grew up in a society that constantly made me feel inadequate because of my gender. Now, despite having a supportive immediate work environment, I am part of an intellectual ecosystem that questions whether women have the stomach to take big risks, to dream big, or to drive new ideas and excel while being a mom and a wife. I think this type of questioning gets more pronounced with career advancement, and is a reason why many choose to leave a career in tech."

Choudhury wrote that she has been fortunate to have champions and mentors "who have believed in me"—her father, her husband, and several key senior male and female mentors. Even so, "the doubting of my abilities, my intellect, and my creativity purely because of my gender has been draining and demoralizing," she wrote. "When I am rewarded, I question whether the bar was set lower for me as a woman, or whether I truly deserve it. When I fail, I wonder where I would I be today in my career as an academic or as an entrepreneur if I were a white male rather than a Bangladeshi born woman. I will never know for sure.

"So, next time I hope more of us will think about how casual comments or reinforcement of gendered norms, especially from those we trust and respect, can impact the small and big decisions that women make in their lives. I hope more men and women can engage in constructive dialogues to make things better." 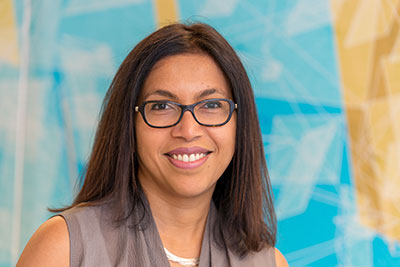