A teacher and mentor who inspired many

When Diana Nyyssonen enrolled at the University of Rochester’s Institute of Optics in 1972, she was supported by the training program at the National Bureau of Standards (NBS) where she worked as a physicist.

During the late 1970s and early 1980s, Nyyssonen developed the first photomask linewidth standards at the NBS, which was later renamed the National Institute of Standards and Technology, or NIST. According to a 2001 NIST special publication, Nyyssonen “showed how optical image simulation modeling could be used as a tool for applying optical microscopes in submicrometer metrology, and by so doing exceed the classical resolution limits of imaging microscopes.”

She won a Department of Commerce Silver Metal for her work in this area, the NIST publication noted. Moreover, Nyyssonen co-authored one of two pioneering review papers that “helped to reorient the metrology direction of the semiconductor industry, with impacts being felt even today.”

Nyyssonen, a Cambridge, MA native, graduated with BA in physics and astronomy from Boston University in 1965. At the time she was a math aide with Technical Operations Inc. later working in areas of interferometry, partially coherent imaging and high-resolution recording of color images on monochrome transparencies.

In 1984, she was named a fellow of SPIE, which annually presents a Diana Nyyssonen Best Paper Award in Metrology at its national conferences.

Mark Davidson, president and founder of Spectel Research Corporation, summed up Nyyssonen’s legacy in 1999. “The pioneer in optical metrology in the semiconductor industry was Diana Nyyssonen whose seminal work in the 1970s and 1980s, and whose personal involvement as a teacher and mentor has inspired many people and the main body of research in the field.” 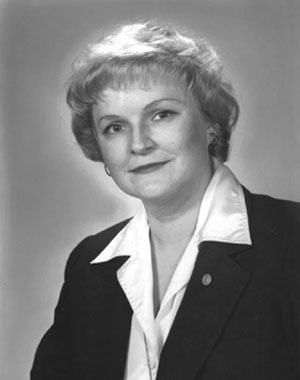